Music festivals have become something so much more than just a collection of bands. Now they’re an experience, a place where people escape to and spend days lost in this haze of noise and excitement. It’s become a place where social conformity isn’t enforced and people are focused on merely enjoying the next ten minutes of their lives rather than all the things that hold us back. This is especially true, I found for Leeds festival as it has become the festival for 17-25 year olds. We are the people who escape best, ignore everyday life and let go of life’s restraints.

This year Leeds and Reading’s headliners split people massively. From The Libertines to Mumford to Metallic it was like they were trying to cater for all degrees of rock and to me it felt like they were over achieving. No wonder they only sold 25,000 of the 100,000 tickets going when each day was so different that to many a day ticket seemed to make more sense than a weekend.

The Libertines headlined Friday at Leeds. That main stage collection seemed most fitting for Leeds and the image it goes for with The Cribs, The Maccabees and Jamie T all opening the main stage. Though I do believe that The Cribs were slightly misplaced as they seemed to struggle to fill the main stage and truly captivate the audience in their music and need to try so hard to act as rock stars. This is perhaps highlighted by the acts of their frontman who at the end of their last song threw his guitar about a meter behind him, knocked over a stand and then promptly proceeded to go pick it up and set right the mess he’d made behind him. Perhaps he’s only a part time rocker. The Maccabees I found to be the perfect music to relax to, sitting in the sun listening to their incredible new album be played live in front of me was one of the best ways to kick off the music of the weekend. Jamie T of course was incredible with the crowd being completely engaged and in love with his performance and every song he sang was a success. An odd one was then thrown in the mix with the inclusion of Kendrick Lamar, not the most obvious choice but an amazing performer who owned Leeds for the entirety of his set and deserves all praise he gets for his performance. Friday night ended with The Libertines who in my view performed even better than they did at Glastonbury a couple of months beforehand. They seemed much more at home on the stage and more engaged with the performance they were putting on, a very good one at that. ‘Don’t Look Back into The Sun’ brought the crowd together in a way no other act had so far and it was the strongest song of their set and potentially the day.

I began Saturday with Drenge and Palma Violets who once again seemed slightly misplaced on the main stage. I think something that truly let Leeds down this year was the predictions of the success of artists that were made at the time of booking. Saturday also brought the start of the incredible NME/ Radio 1 stage with Swim Deep and Peace. Both performed brilliantly but it was Peace who truly made it that day with their unquestionable charisma and ability there only let down was nothing to do with them but the crowd who reacted with violent mosh pits (I managed to receive a punch to the face). As much as I love jumping around and getting fully involved in a gig I wouldn’t say Peace would be my first choice for suitability. Meanwhile on the main stage Alt-J provided an oddly calming set, contrasting massively with every other aspect of the festival. A pretty dead crowd they were better enjoyed sat down with some food. The headliner that night was Mumford and Sons who, although I dislike their new album, put on a brilliant performance with the most famous of their songs creating this incredible crowd of noise that travelled across the whole of Leeds Festival. This was also the day of the secret set which this year was Foals, a brilliant choice and one that visitors probably should have worked out beforehand from the amount of promo posters dotted around.

The final day was the oddest of choices for the main stage with the unusual booking of the terrifyingly cute Babymetal who left most bemused not helped by the couple who dressed as the girls; I’ve never seen a cuter looking guy. NME/ Radio 1 stage was where it was at for me all afternoon, starting with Slaves and ending with Catfish and The Bottlemen. Slaves were astounding, they were by far the most engaging and entertaining band with their in between song quips and energetic performance, they could have easily handled a bigger stage. Spector followed and were also very good choosing to perform mostly songs form their new album minus a subtle cover of The Vaccines’’If you Wanna’ combined with their ‘Chevy Thunder which felt brilliantly right for their performance. Then came Circa Waves who sound exactly the same on their album as they do live giving great props to their abilities. Wolf Alice were a huge success gaining a large crowd who were utterly engrossed in every moment of the performance. Everything Everything was the least popular of the list but the frontmans incredible and unique voice made up for that. Finally came Catfish who were so popular that security had to request people stopped trying to enter the tent. The owned the NME/ Radio 1 stage that day and I’ll be incredibly surprised if their next album doesn’t land them a booking on the main stage next time. Royal Blood made an appearance on the main stage putting on a great show which formed a never pausing mass of movement in the crowd The final headline closing the festival was Metallic, another odd choice it brought in crowds of dedicated fans but left everyone else heading elsewhere, many to see The Wombats which was a very good decision.

But as I said it isn’t just about the music anymore, there are so many factors involved in making the festival as great as it is. There was constantly something to do with all night DJ sets, bars, Oxygen lounges and food vans, there was never a quiet or dull moment. This helped provide the escapism, for a whole weekend we didn’t stop, we didn’t focus on anything outside the festival and it created this almost tangible buzz of an atmosphere that was everywhere and included all. We were all dirty, drunk, excited and happy together and nobody gave a fuck. Everyone just wanted to have the best time they could, make friends and get pissed to good music and for three days that was all the mattered. It was the atmosphere that made it for me, that made me never want to leave and instead to live in this place of a constant high. I fell in love with it, it’s so much better than everyday life and it’s an addictive place to be, and not just because you can’t walk five steps without hearing the word ket. 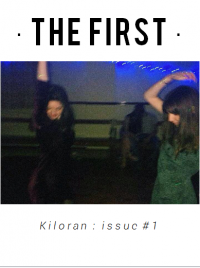