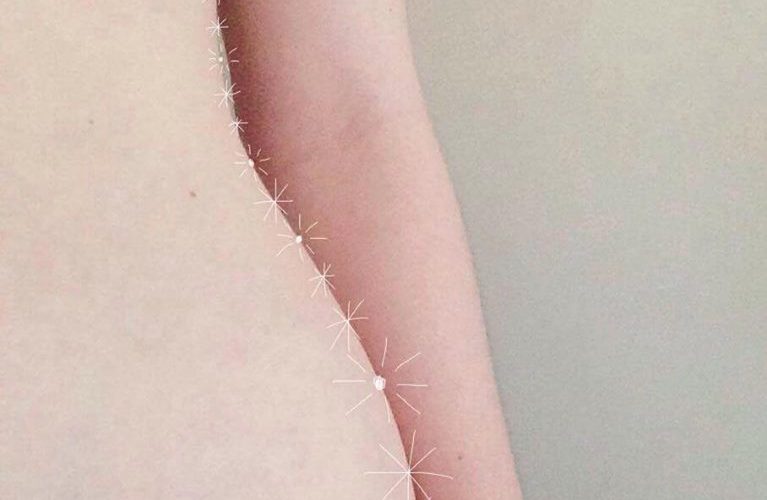 Issue 3 has been in the making for years it seems, as the idea of ‘body’ is one that is constantly stirring around in my head. It’s impossible to avoid what with your body being inescapable and frenzied media reminding us almost hourly what imaged standard of beauty we should be conforming to this month.

Tackling the theme of body image and body relations seems like such an obvious, relatable concept, one that many creators use as their inspiration already. But honestly, I was reluctant probably because choosing to create an issue based on ‘body’ would force me to confront my relationship with my body head on, no hiding. For a girl that fully 10000% advocates body positivity and self-love, god damn its hard to practice what you preach. My relationship with my body is so up and down, with extreme highs of “girl you look bangin” to extreme lows of crying almost everytime I try on a pair of jeans and not wanting to even look in a mirror. I’ve written many pieces on body image and the issues surrounding, but this time there was no avoiding serious self-confrontation. So I decided to keep a body diary through my poetry to directly track my body image, and it’s been probably one of the most eye opening, rewarding things I’ve done. Because yes I’m having these negative thoughts but I have the ability to translate that into my art.

Out of all the issues of KILORAN, editing this issue has been the most therapeutic. It’s been one of the best most effective outlets I’ve ever had. Having the opportunity to discuss issues with creatives that I love and respect so much has been so incredible. In the kiloran group chat we’ve covered everything from trash shows like snog marry avoid to sexualisation of young girls.  But also, just reading these pieces has served as a reminder that we all have bad body days. Being sent pieces from beautiful, intelligent creators talking about their struggles and victories in overcoming body issues was like an intervention; you’re never alone in your thoughts and challenges.

But I think my favourite thing about issue 3 is that the result is just sheer talent, intelligence and creativity. The whole team has delved so deep and confronted their body issues, but at the end of the day, this incredible end result is proof that we are all more than that. Because when it comes down to it, bodies are so temporary and changeable. But one thing that (we pray) won’t change is your art, your drive and your passion. Your body and those insecurities you’re so consumed by right now will fade, but these pieces, your work are lucid, they’re what’s permanent.

I’m getting super mushy and sentimental when all I really need to say is thank you. Thank you for everyone involved in this issue, you’re all so so much more than your body and I hope you’re as proud of this issue as I am. And thank you for raising the bar with your incredible work, this issue is going to be a hard one to be.

And here’s to my toddler becoming a kicking and screaming teenager. 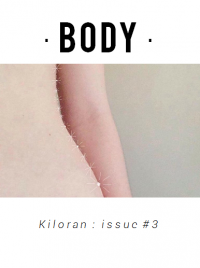