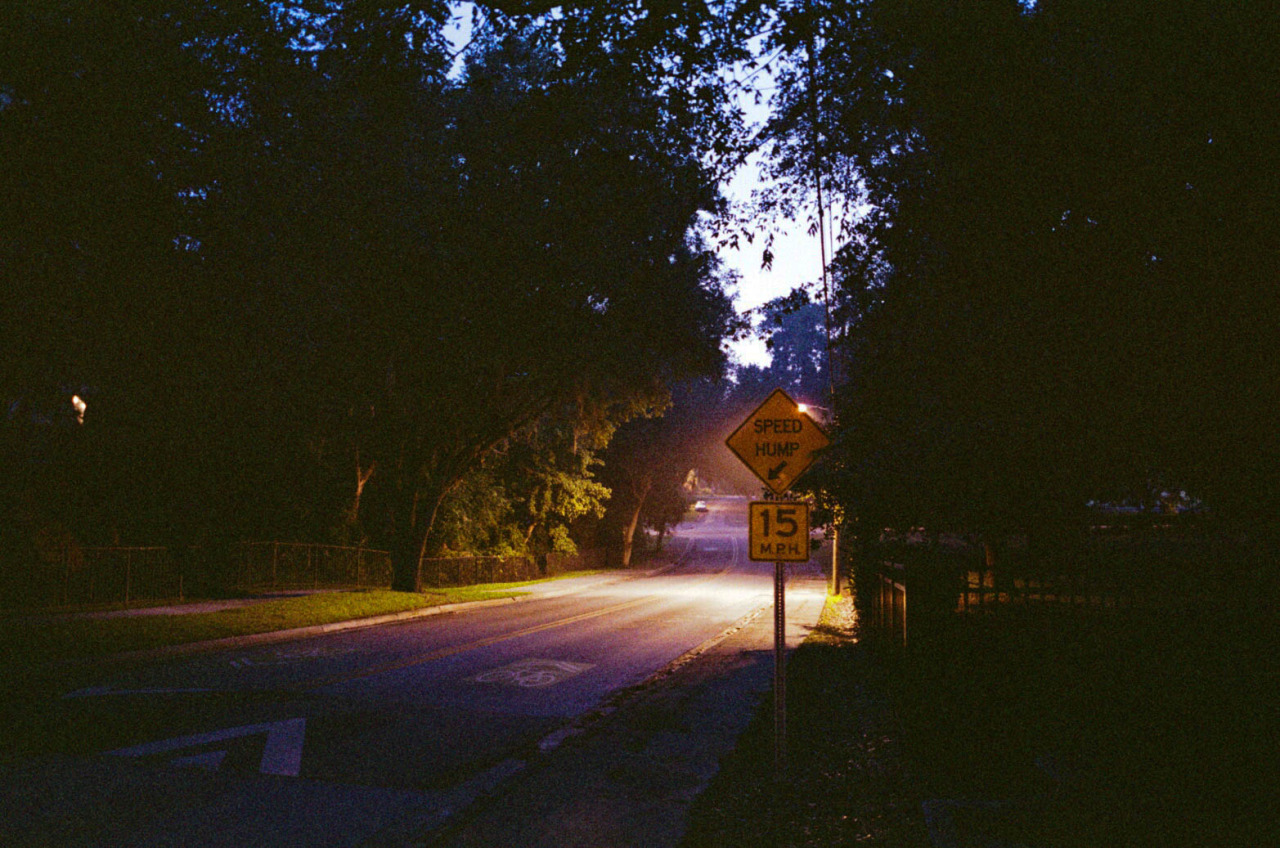 My real day started when everyone in my house was asleep, and I was out the window. I had done this many times before. What had surprised me initially was how easy it all was – how little planning it required. For someone like me, it came like second nature. One time, before Chloe Banks moved, we stole a police car in the early hours of the morning. I didn’t steal it though – I was just watching. She was trying to drive around Mirror Lake, with the door open, though. The police left the keys in the car? Yeah, the population’s, like, 1200. We would go to Montreal on the weekends, because we almost looked eighteen. We listened to a radio station that doesn’t exist anymore on the way there in the car. We were the upstate kids in the bar. We were cool stories to tell on a Monday morning. Reagan was President.

That Thursday night was pretty similar – I mean, it started off pretty similar to any other night. I last saw my parents around ten; I listened to them pad around the kitchen, and then follow each other upstairs about an hour or so later. I waited fifteen minutes in the dark, staring at the back of my bedroom door, letting my eyes and breathing adjust. I turned on my bedside lamp, and got dressed in my favourite hoodie and jeans. I remember wearing my middle school graduation ring on my middle finger. I was out the window by 11:47pm.

Sometimes, it was just the walking that I enjoyed. Going out in the winter was too uncomfortable – the cold existed as a constant reminder of your made-up curfew. I only used to go out in winter if I knew I had a method of transport, and I was being transported to somewhere with promised warmth. But the night summer air was something different – it still is. It was more inviting. It never chased you back inside; it never wanted to suggest to you that there was somewhere better you could be. It coexisted with your hopes and desires for the evening. It was friendlier than most of my friends.

That Thursday night, I walked past the library and out of my street. Past the park. I didn’t necessarily have anywhere to be that night, but I knew where to go if I wanted to. What many kids my age found hard was keeping their strength when it got dark outside, retaining a confidence that was easier to maintain when they knew what was going on. At night, there would never be anyone around – it was a given. No cars. No dogs. What are you afraid of? I used to ask. I know that you are. What are you afraid of? Getting lost, it usually was. It wasn’t true that you would always find your way back; and knowing that, I was still never afraid.

Dianne was there that Thursday night, lurking around the street that our parents used to tell us wasn’t safe. It was the one place that seemed to look the same during the day and during the night. It looked like something dying. The trees had been sick for years, and the grass was all mangled on some of the front lawns. We didn’t really know anyone who lived there – Dianne had a friend who swore that her and her boyfriend had turned one of the abandoned houses into their love den, but we all knew for a fact that she really lived with her family in the north – so we used to make up stories about the people who were inside those dead-eyed houses. A girl called Lucy, who had been practicing black magic since she was nine. An old man called Ray, who was so sick with various types of terminal cancers that his body wasn’t even a body anymore, just some limbs clinging onto a rotting, decaying heart. A former actress, who owned a greyhound who tore through the streets in the dark, gathering dead things and tearing them to pieces, and then brought them back to the actress who used them for inspiration for a new project. We told these stories so many times that eventually they became true in our heads. It didn’t matter that we had no evidence of Lucy’s magic, or Ray’s cancer. They only existed at night, and none of us ever had the courage to go looking for evidence anyway. We couldn’t bear to think that they weren’t real.

That Thursday night was the night that my friend Jonathan went missing. No one noticed until three days later. The adults caught on to the fact that all of their kids were sneaking out of their houses every night, and the neighbourhood was suddenly on lockdown. Windows were clamped shut; regular bedtime checks were made. I heard that a baby monitor was placed in Charlotte’s room so that her insomniac mother could listen to Charlotte’s breathing all through the night. Everyone was held hostage until Jonathan was found.

But what they didn’t know was that Jonathan wasn’t missing. All of us nocturnal creatures knew where he really was. He wasn’t gone. He was moving through time, transcending further than any of us had ever reached. He had found a way to make the nighttime permanent in his head. He was in the forest. He was in the lake. He had pinned his heart to the night sky. We saw him every night, in our dreams. We longed to make it to where he was, but we knew that wouldn’t be possible. Not yet. Some of us had to stay behind and guard the fort. We waited for a sign from Jonathan to tell us to come through, that everything would be ok, but it never came. We knew that we understood everything he was telling us, and that our parents couldn’t fathom any of it at all.

In their original form, the Monday morning stories soon seemed stung with the realisation, which would come to all teenage narcissists sooner or later, that we were all in over our heads. The stories soon became so brash and fantastical that we eventually came to understand that we had gone too far down the line. We had mythologised our nighttime experiences to an impossible extent; it was almost as if we were now talking about other people, bigger-than-life characters who were running our childhood streets instead of us. Our pride was hurt, and so were our thoughts. Things began to fade, until we could barely remember Lucy the witch, or the actress’s greyhound. Or Jonathan. His face was fading fast, and there was nothing we could do about it.

So we grew up. Amongst other things, we started to realise that the adults with whom we all used to come in contact with were not all operating with our best intentions at heart, twenty four hours a day. We began to notice things that hadn’t been there before, like the price of sugar, or the trajectories of future goals. We never looked at rivers or streets or abandoned houses the same way again. Songs sounded repetitive and unoriginal. The specialness of life was drowning somewhere in the lake behind our school, the same lake where, just a few months later, girls would wade into to get the attention of boys, and boys would flick ashes into and talk about sex. Our nighttime wasn’t a sacred thing anymore, and none of us could exactly put our finger on who had taken it away from us, or why.

All that was properly left, after we had all dissected every part of our bodies and picked at every emotion we had ever felt, was the growing feeling of nostalgia for times we weren’t even sure we had properly lived, and things we weren’t even sure we had ever even seen or touched. We took these memories, gathered them up with what little innocence we had left, and stumbled back into the night, looking to see if we could put the pieces back together.

But we never could.