An Ode to my Teenage Bedroom 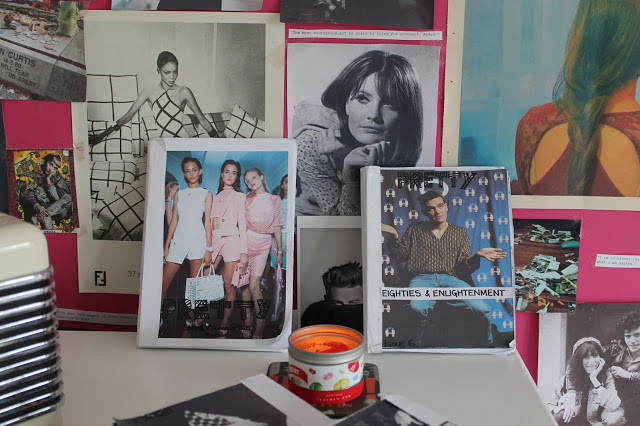 I never really imagined I’d become as nostalgic for my teenage bedroom as I did. When I moved to uni, I was ready to leave behind any bad memories I had associated with it. To begin with, I forgot how special the space had been to me. It informed my teenage experience, shaped me as much as I shaped it, and reflected my growth. I had been at uni for a couple of months when my mum rang me to tell me that my bedroom was being redecorated.

I knew that moving away meant a new beginning. My teenage bedroom would no longer be a reflection of me when I moved home. University was a clean slate, or, in this case, a clean poster-free bedroom wall. My room had been my world as a teenager. It was where I stayed up too late for a school night, writing, crying over my first crushes and listening, almost exclusively, to Morrissey. It was the room where I’d formed all my dreams, ideas and theories about how my life would pan out. The room itself became an outward expression of all this; morphed into a weird coglomeration of collaged walls, Morrissey shrines and growing stacks of fashion magazines. Seriously, my parents told me more than once that they were worried my ceiling would fall in and whoever was sitting downstairs would meet their end beneath a pile of Vogues. (I thought that sounded like quite a glamorous way to go.)

I often felt selective about who I would let into my room. My melodramatic teenage self-imagined that my room had become a Wildean reflection of my soul itself. It was bursting with all the passions that I spent some time trying to repress in the hallways of my boring grammar school, where academic success was valued much more highly than expressions of creativity. I remember seeing my room as a sanctuary from all that. My room tended to be most chaotic when my mind was. It was in that room that I first encountered depression, hence the repetitive Morrissey listening, and my bedroom was comforting in this time. Having my idols plastered all over my walls and piled up in my magazines made me feel less alone.

It was not only my own room that interested me. I became fascinated with looking at other people’s bookshelves, CD collections, posters when they invited me round. I embellished all of this with some deeper significance, judging people on these superficial criteria. The importance I placed on this meant that I never viewed changing my room around as a waste of time. Inspired by Tavi Gevinson and other teen bloggers at the time, I saw working on my room as a deeply creative task. Most alterations would inevitably be posted on my blog. My room was like my journal, with less self-absorbed whining and random lists. In one corner, I drew a heart and wrote “The Smiths” inside it with a black Sharpie. I covered this up with another poster. I sometimes felt bad about defacing my room so much. Whenever a picture fell from the wall, it left very visible marks where the paint had come off. So, another picture would replace it.

When the time came for me to move to university, I felt ready to leave my teenage bedroom behind. I had stopped redecorating with such fervor and some of the references had begun to feel alien to me, as though they were only relevant in a past life. It needed updating as new people began to influence me. When my mum told me she was redecorating, I felt a dull ache of nostalgia, but I knew it was time to let go. I certainly felt that that room made me more me. I doubt I will ever inhabit a space quite like it again. Without that room, all its mess, obsessions and endless books and magazines, I’m not sure I would be the same person today. Our experiences as teenagers play a large role in defining who we become, and, for me, my bedroom was part of that too. 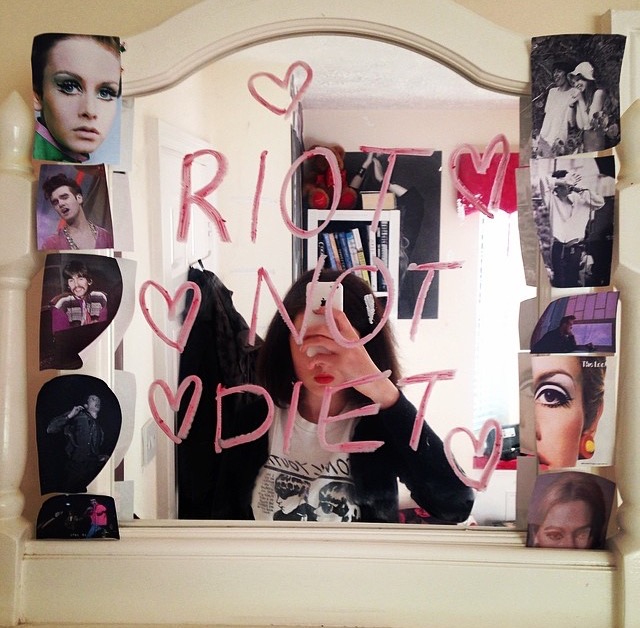 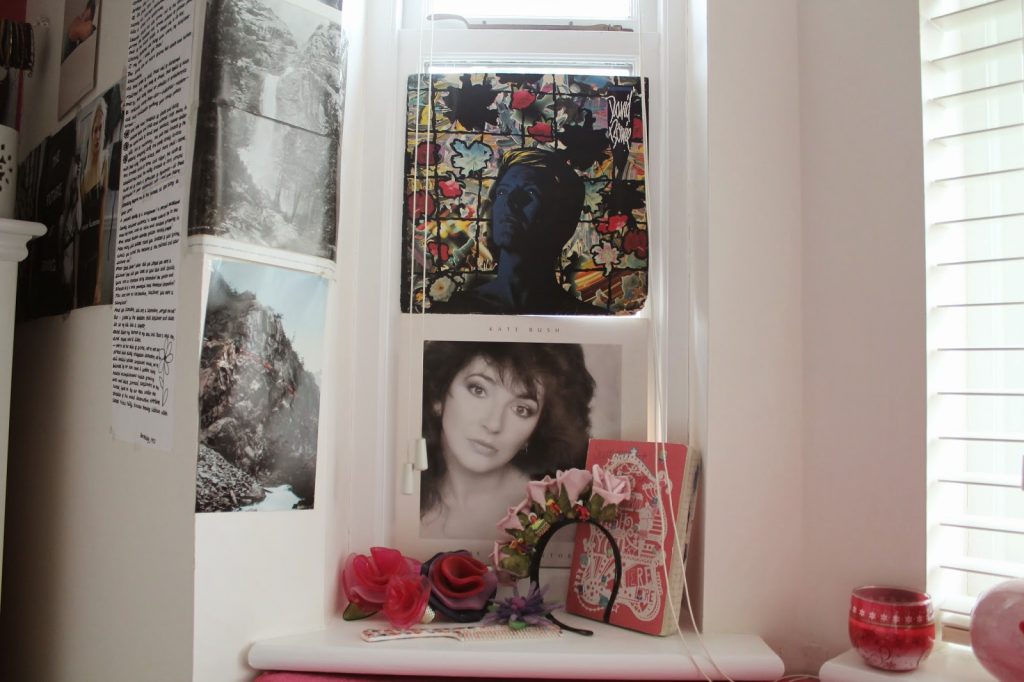 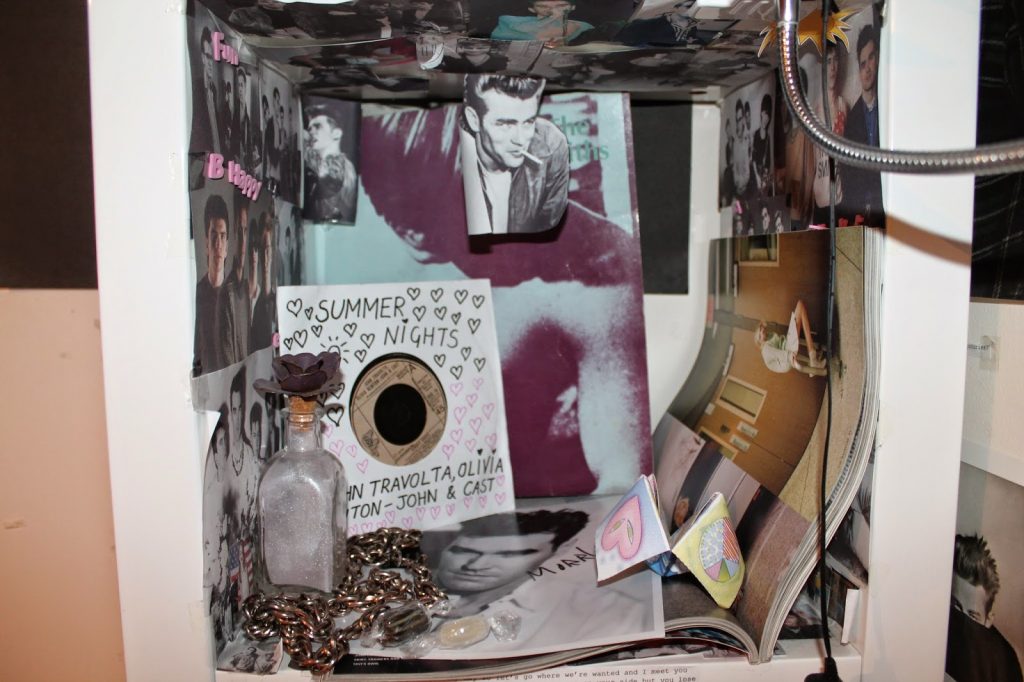 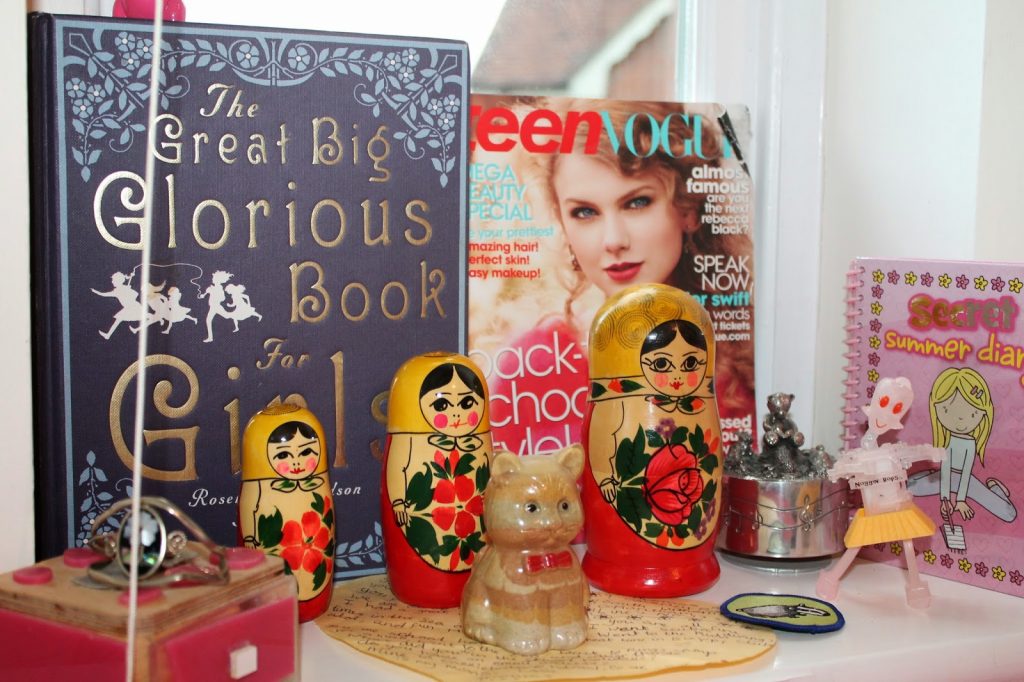 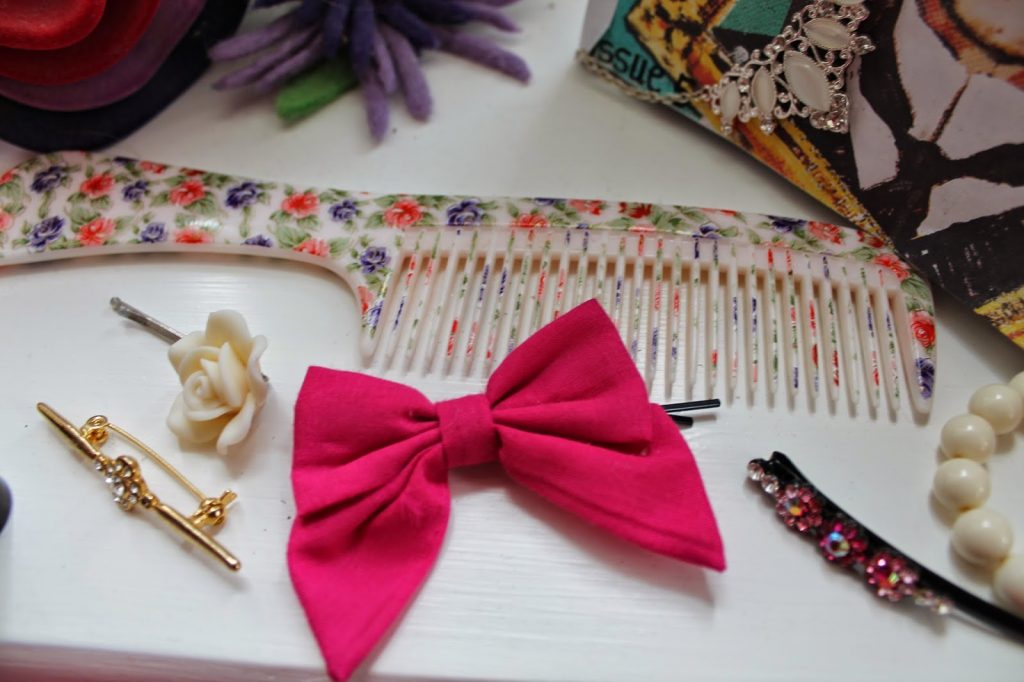 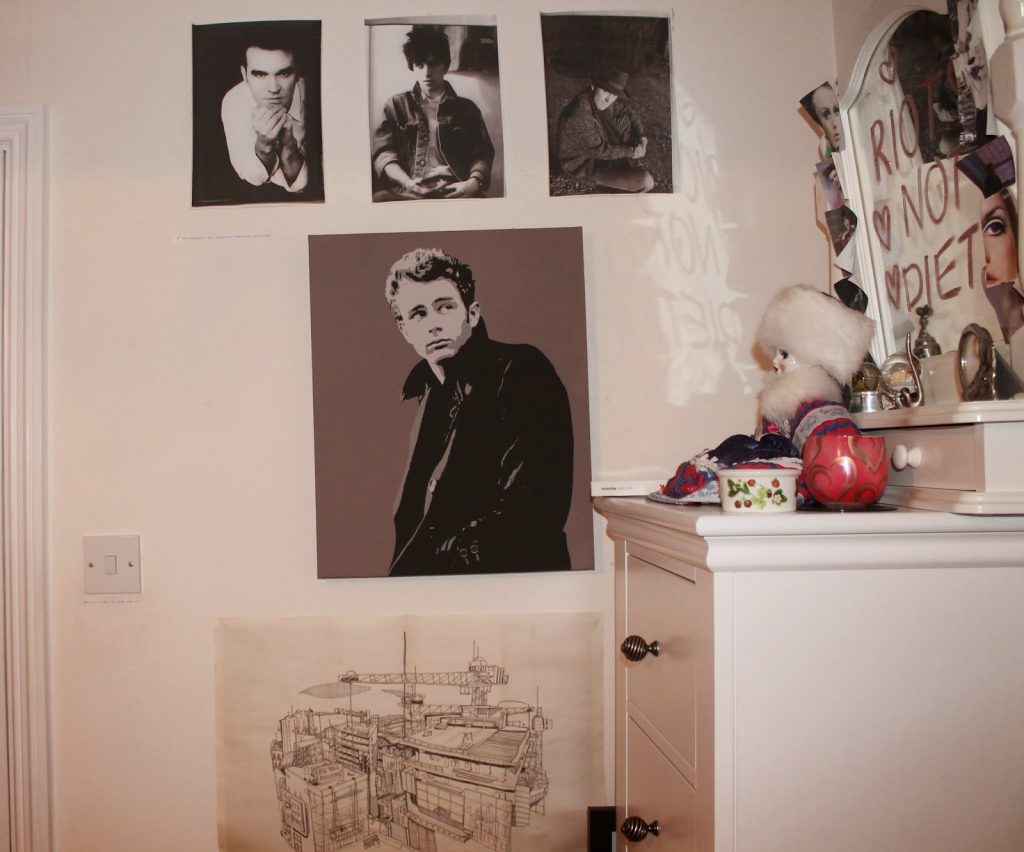