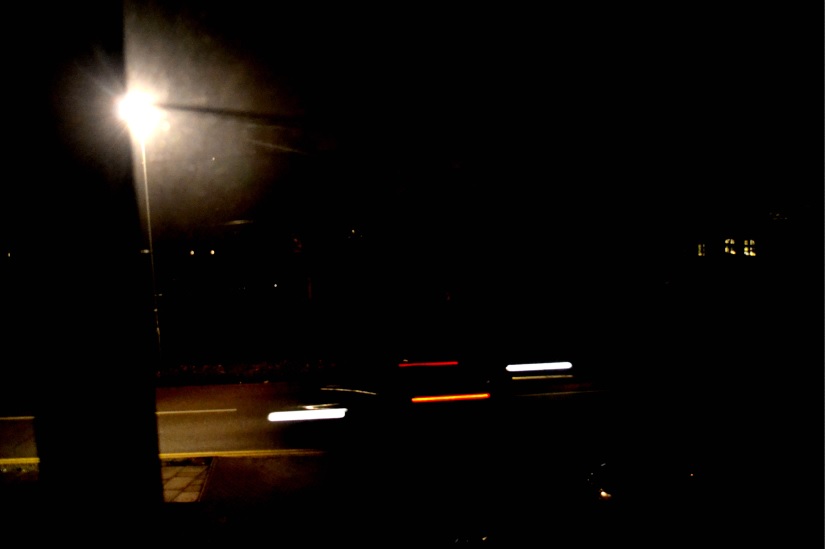 “You’re going on a gap year, where are you travelling to?” This is a popular question that often arose towards the end of my exams to which I always responded “nowhere, I’m staying at home. I just need to learn how to really live before I go and live” only to receive the surprised tone of “Oh… right, okay…” the truth: I was not really ready to leave home yet. There seemed to be something missing. When reaching a certain age, that is the beginning of adulthood but not quite – it can be said that one can feel as though something is missing. It is as though, for me at least, I know that there is a person that I want to become. She is in there somewhere, the person that I ache to feel come out of me. Not often showing herself, but when she does it is a relief because it is proof that she is not this ideal being in my head. This seems to be a phase of being in-between; the lull of ‘not quite there’.

Presently I am sitting in my bedroom, we live on a main road, and there is a constant ebb and flow of cars, their lights, red and white with their incessant passing. Watching the cars always reminds me of night drives home from anywhere that I always found comforting as a child, and now really. The back of a car can only be complemented by the night. And especially in winter when it is darker, and colder. I always used to think, the idea that this car, mobile and warm on a cold dark night is to be settled at my home soon, in-between ‘a’ and ‘b’ (much like me), except in this case, there has never been anything more serene. The hum of the engine, the soothing sound of “everything will be okay”. For the most part, this setting is what I have often thought about when thinking about the whole concept of ‘home’, the word ‘home’ itself is associated with family members, or lovers, structure, order, comfort, and dark nights on the way to home. ‘Home’ is something that is supposed to be a constant, much alike the cars that flow outside my window that I have seemed to sit watching these past years. Watching, now I realize, is something that can be done for too long. I realized recently that ‘home’ will not forever be a constant. That family will not always be here; that these four walls that I am currently behind will not always be here either. It has taken a while for this to sink in for me.

Yet, suddenly this is the beginning of my realization that it seems that where growth is concerned, words begin to mean different things as the world becomes more accessible to an extent (when my ambitions transcend my home). ‘Home’, just three months into my year of ‘living’, is a word that now I associate with something that goes beyond a light on a dark night and the faces of people that I love. The definition of the word ‘home’ initially (a place to live, to come to in any form of distress) has almost diminished once the preparation to leave it commences, ironically.

In order to free myself from the confines of my own cowardice, disassociating the word ‘home’ with the meaning that it is commonly known to have was something that had to be done. I learned a new definition of ‘home’. It made me feel more in control, and just as safe as the last definition. And it summed up what the remaining months of this year would be dedicated to: becoming solely dependent only on myself, independent. That step closer to her, the she who sits at my core and waiting – the ‘could-be’. One can often forget how healthy it is to not rely on others for anything. To not be attached to anything. In truth, it takes strength, detaching oneself doesn’t it? Having the power to just want and have but not need. Letting go of attachments and just being.

A roof and a bed is a home, a foundation – but a body, this shell we’re given is a home; it is a constant until it stops. It is almost as though in light of realizing that my home will be a long drive away, it is myself only that I will have to lean on. As beings aren’t we all singularly our own only security? This question once daunted me, now it is just a challenge. After all, we live in a world that mocks the solitary, the lonesome. Speeches such as: “Why on earth would you want to go there alone? It won’t be fun, how lame” are often accompanied by pitiful sighs and laughter; or at least this is a discovery I have made in this year so far. I’m beginning to think that the world mocks and ostracizes the lone perhaps because the lonesome are intimidating. They are capable of just being themselves, with others or alone.

By becoming your own home, you become your own force. You have no need for anything except surviving and growing, which you can do constantly until you end. Arguably, this is the part where you gain more choices, you can choose to have or to not have attachments. In a sense, once you know that it is safe to stand alone in any situation, individuality becoming a new foundation, you can become free. This is the part where who we’re supposed to be appears.