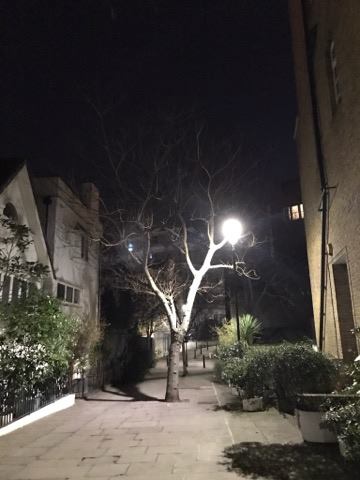 a deeply distressing or disturbing experience.

It’s not uncommon. There are times when it seems all consuming. It annoys you until you realise that you’ll never move on without accepting it. Our quirks, little mannerisms, decisions we make; they’re all affected by it. But all it really is is moments. It doesn’t need to define us, even though at times, it can get too much.

For me, one of those times was New Year’s Eve – the most optimistic day of the year. The streets of London counted from ten to one in synchrony, millions of couples shared a midnight kiss, fireworks painted the sky, and every club, stage and bar in the country was packed tight with happy people, whilst I sat on my second hand sofa, stuck in the past.

2016 was my worst year yet. I can say that with confidence because even now it’s hard to believe that it even happened. Adding to that, 2015 was still a pretty unlucky predecessor, and at times it felt as if things just kept getting harder. So although the past is in the past, the ‘celebrations’ that night felt ill fitting.

My family did the same as we do every year; we invited another family to stay over and opened the house to the rest of my parent’s friends to come and go as they pleased. The same people came to the same place on the same night that they do every single year. It was all exactly the same. And at every NYE party we’d had, I looked forward to the future, and vowed to bring happiness to my family.

This year I saw my mum dancing to Blondie the same way she did exactly a year ago, two years ago, three years ago, and something switched. I thought about how so many horrible things followed on from her doing that last year. How difficult things had become for our family, despite my best wishes. How I’d give to be someone who could only imagine.

I began to question everything we did. Was it because we drank the champagne too early? That’s supposed to bring bad luck. Or was it because I made a joke about God? Would being more religious fix our problems? Or was it just my negative thinking in general? There are people who live and die by ‘the secret’. There was no way at the time of ruling out any possibility, no matter how far fetched it seemed, because I doubted my own judgement. As someone who is pretty driven by common sense, if someone had said to me at the beginning of 2015 “Over the next two years, events x, y, z [the bad things that happened in 2016] will happen to you,” I’d have thought it near impossible, statistically speaking, so I wouldn’t have believed them. But those things did happen.

It’s normal to look for answers, especially when you’re in a situation that doesn’t make sense to you. Your brain doesn’t want to accept that life can be harsh and unpredictable, because it means that no matter how good things are there is always the chance they will change. Being a scientist, I generally trust that I’ll get what I put in, so when I make all the right decisions, am nothing but nice to people, and bad things still happen anyway, I will look outside the box to find a solution. But it was obvious, even in my state at the time, that this went beyond that, and fear was making me think irrationally, so I took a step back.

I warded these thoughts off. The future is infinity, and worrying about something that might not even happen is irrational. Rather, I should take what I can from everything I’m faced with, and make the best of it.

My mind was cast back to who I was before these bad things happened. I remember wanting to help people for a living by being a doctor or going into research. I avoided hurting people in almost extreme measures, and I placed justice and fairness above my own feelings. I saw life as an opportunity to maximise good.

And now? I hope for a career that I enjoy. My family come before me, but I realise the importance of putting your own needs first sometimes. I don’t fear things the way I used to. I try to do the right thing, but I have a more balanced approach towards doing that now. I want to maximise good, but I need to succeed in my own goals before that.

As much as I hate what’s happened to me, it’s changed me for the better. I’m by no means perfect but I now have a better chance at becoming a happy, productive adult. The world won’t change in my lifetime, but I can. And I’ve coped with the worst of it. My extremely bad luck has taught me resilience, so even on nights like New Year’s, I can distract myself, rationalise my thoughts, and recognise that bad feelings will pass.

And despite all the the bad, the end of the year was pretty sick. University was one of the weirdest and best things I’ve done, I’ve had some mad nights out, and my sister and I have shared some fantastic moments. I enjoyed Christmas immensely and grew closer to my younger brother. In between the bad parts of the year, I met some brilliant people, fell in love, and gained confidence. These are all valuable learning moments that have added to my life.

I can’t say what will come next. I don’t think anyone can. As I move forward, I’m not excited, but I’m not anxious; I’m calm. And more importantly, I believe that I’ll be okay, whatever happens.