People Against The Past 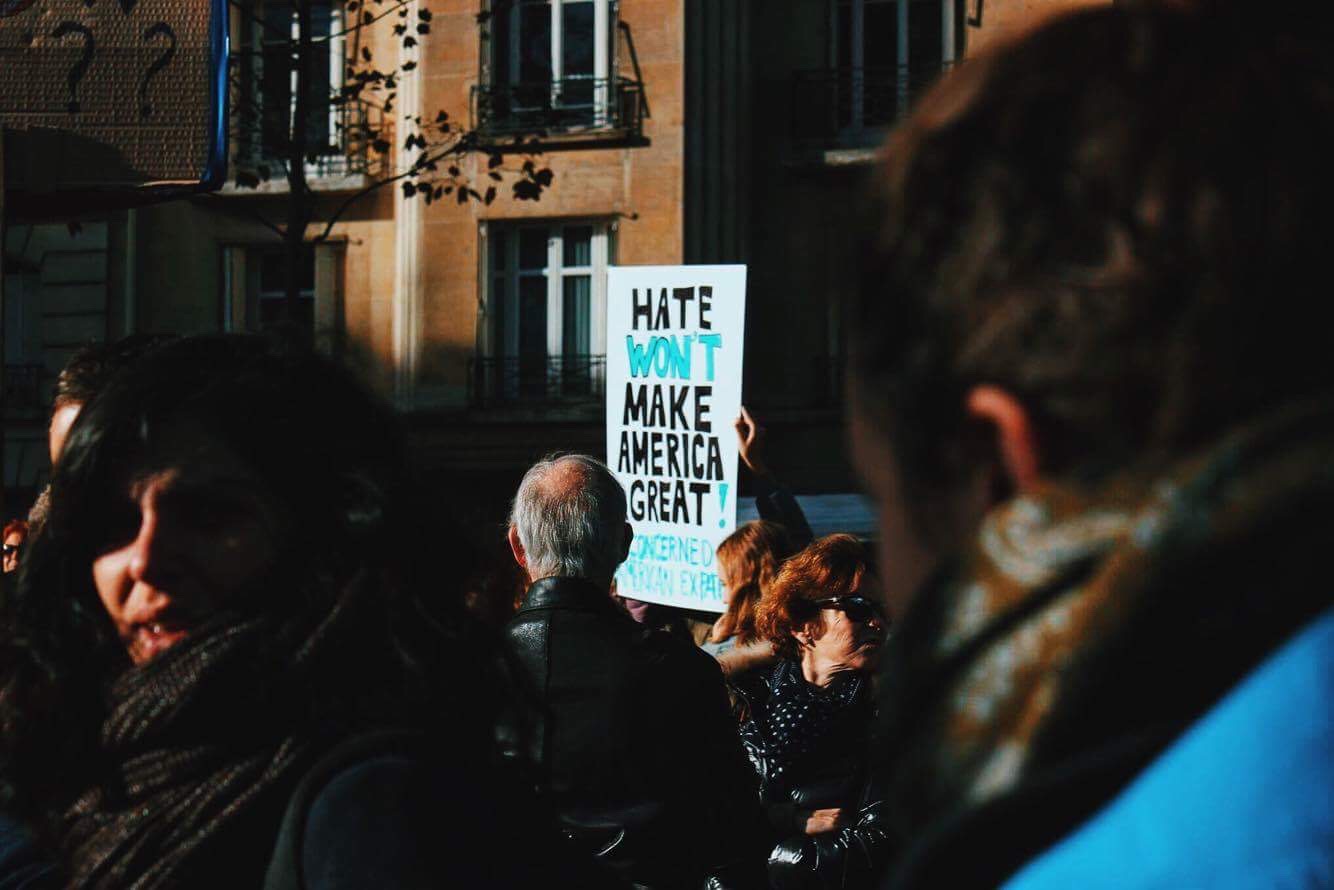 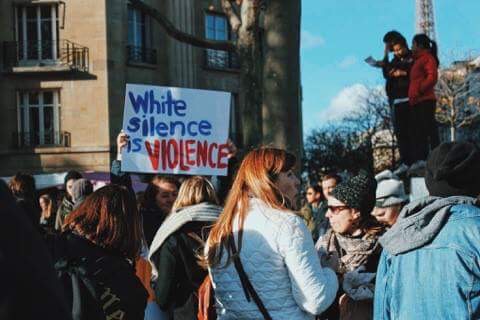 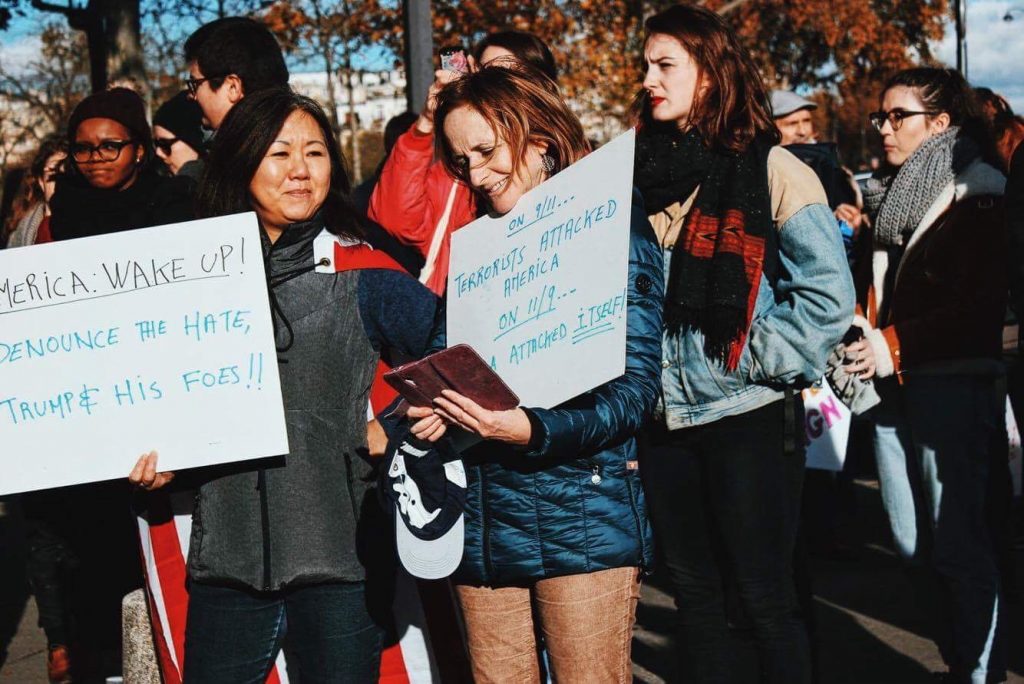 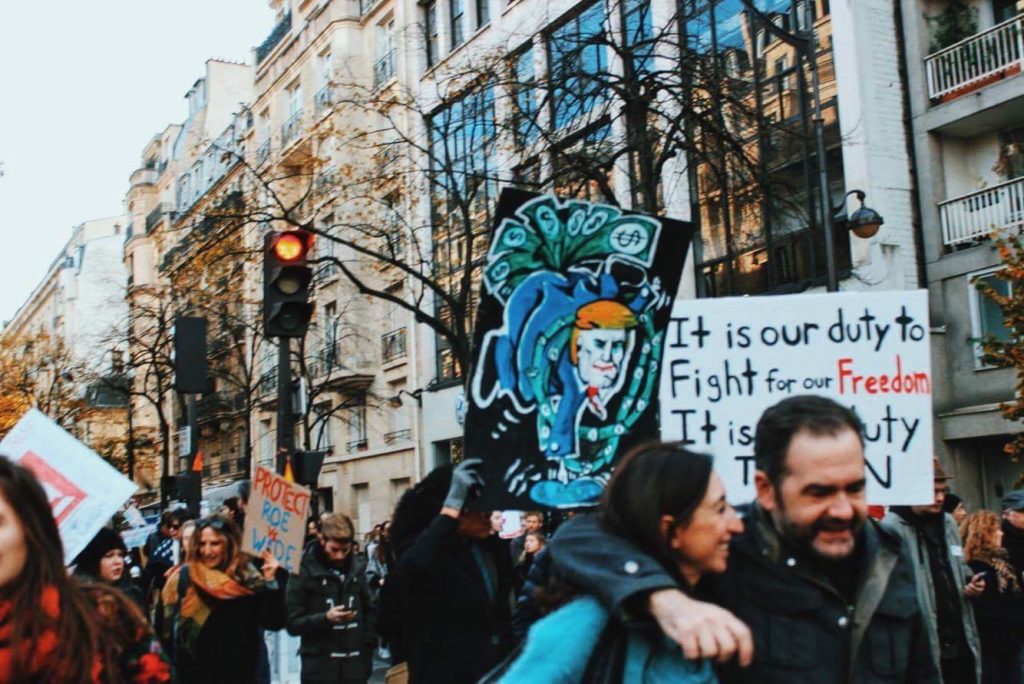 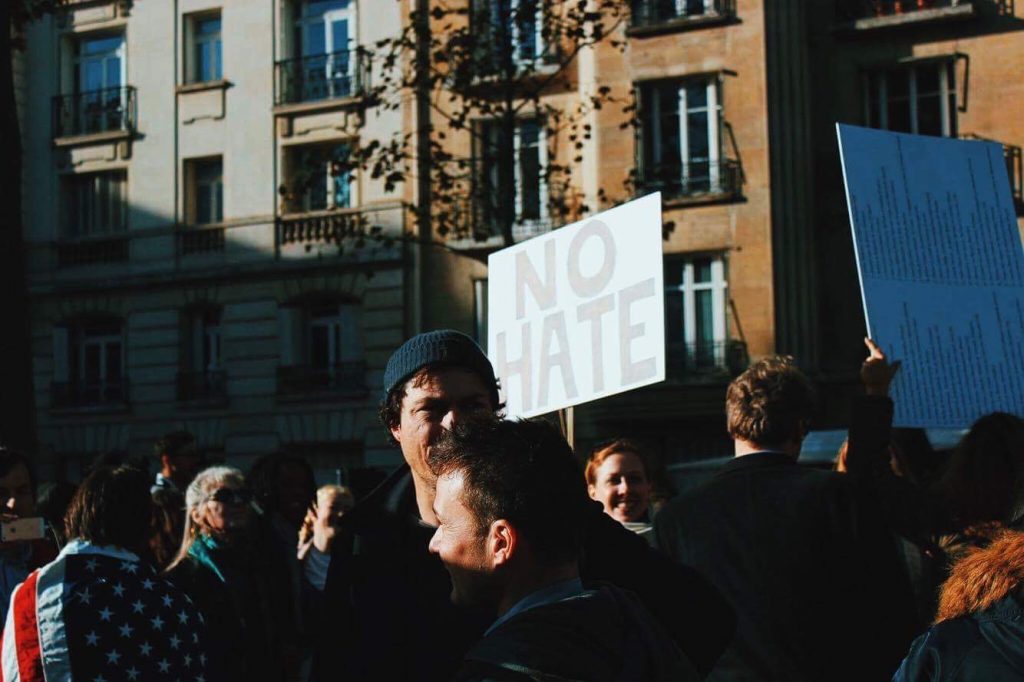 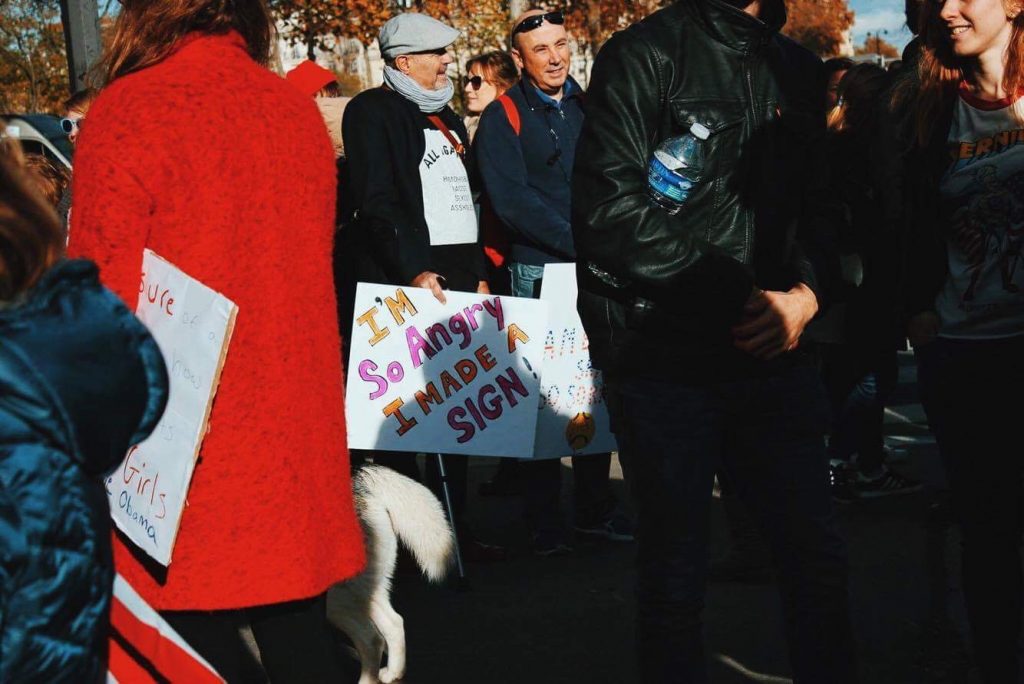 “I feel like my childhood has been taken away from me, stolen. I’m 32, my childhood should already be over but it wasn’t. Up until now I felt like I was still living it, I still had that care free attitude and love of the world. Not anymore, Donald Trump stole my childhood.” – American woman at Paris Against Trump protest 19/11/16

On 9th November 2016 Donald Trump was elected president of the united states.

On 9th November the world protested.

On 20th January 2017 he became the leader of the free world.

On 21st January some of the largest protests ever seen formed a worldwide ‘women’s march.’

On 24th January he signed an ban on federal money going to international groups that perform of provide information on abortions.

On 29th January he brought about what is know as the ‘Muslim ban.’

The world is still protesting, as history continues to repeat itself.