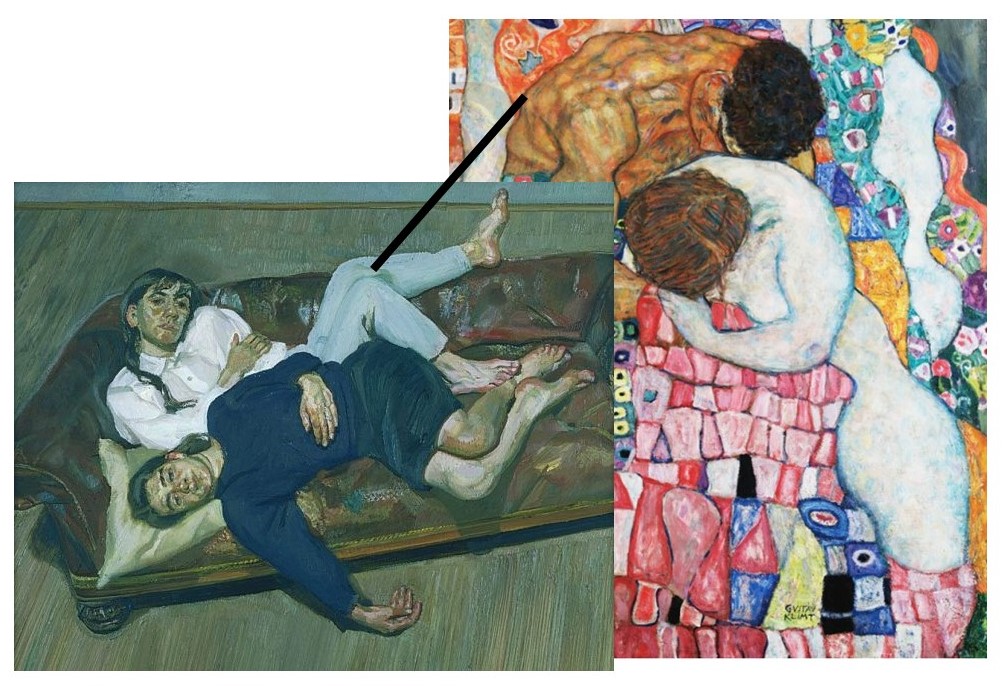 Forcing the inspiration to come back, Holly Parkinson and Lucy Harbron swapped some painted prompts. Here are the results...

Pushing one another back into the poetry pool, Lucy Harbron and Holly Parkinson have found a new way of forcing the words to come. As we still sit in the ends of lockdown, inspiration feels hard to come by when you can only write so much about your bedroom walls or the ways boys are annoying you over text. Combining two forms, giving one another a piece of inspiration, be it a painting or a song or an opening line, and then setting a deadline is a great way of starting to swim again. Challenging you to step outside of your own perception and into the world of an art piece, Lucy and Holly joined up for another swap. Here are the results.

Klimt’s work is intricate and beautiful and colourful- just like a poem can be. I chose something that gave Lucy a lot of scope: given that the painting is a clear scene (a stereotypical ‘Death’ figure depicted on the left, and examples of Life on the right), there’s something obvious to write about- except I haven’t, because if the intricacies and shapes within the painting are studied, there’s so much more to it than that. I knew this could generate something very abstract, something that tells the story of what’s presented in the painting, or somewhere in between. I know that this is meant to be about the art itself, but I was really intrigued by the fact that this piece is called “Death and Life” rather than the more usual “Life and Death”.

There’s something in it,
Not knowing which side you sit as you decipher the particles
Of this particular smothering, in perpetually final
Hot breaths in the uneasing waves of anticipation
Rolling back from bright sands of nervous excitement;
In which you know the gold is beautiful but essentially just glass
And all good things seem one corner to sharp
As the devil laughs at your love for it.
Hell in the having
And hell in the have nots.
Shadows either way as we spread death
In every display of life, these days
And there’s something in it.
Tingles that reminds you your skin only holds your skeleton,
Knowing black is the merge of it all,
Heaven is a deep inhale of pieces returned from below,
Breathed in from slopes of shoulders at ends of days,
Wrapping around whatever you can grip in some small way,
While sickly sweet death drips
Down the crack of the unseen line we all think we know.
And there’s something in it;
The shared human act of simply not thinking about it.

This was a weird one as I feel like I’ve seen this piece a million times before but couldn’t tell you where. Like Holly said, it deals with such well known subject matters and presents them in a way that’s both obvious but also bold and unique. What struck me first was the absolute chaos of the right-hand side and how life seemed messier than death. I also undeniably thought about COVID and how the right-hand sides mesh of skin is now something that seems so foreign and forbidden, as life is now this weird thing defined by rules and even more haunted by death. I was definitely thinking a lot about that when I wrote, about how death is maybe the most human thing in the world but to be able to proper live we have to pretend like that isn’t the one defining factor in our existences, scrambling to find other things and experiences to unite us. 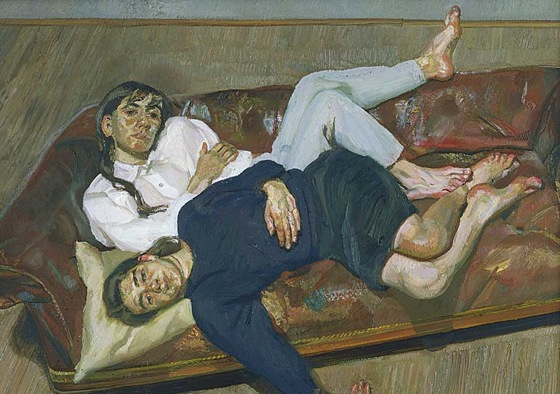 I’ve been really obsessing over Bella Freud recently, leading me to go back down the line to her father’s work. I read recently about how Lucian Freud was notoriously strict with his models, even when he worked with his young daughter, but in this piece, I see no sign of it. In comparison to his other pieces, this one feels so candid and tender, almost sapphic which I love. Having all the big Lucian Freud signatures with the muted colours and lounging positions, this piece has always been my favourite of his, feeling super innocent and delicate and human. Being a really sweet moment of female friendship, I thought it would be a perfect choice for Holly, excited to see how she’d translate it.

When blue came—
caught us like a fawn in the headlights,
stopped screaming and brought up everything we’d eaten,
— we let it coat us and cloak us, finer than velvet
and tried to turn ourselves inside out.
What are we lined with?
That’s how I see you still, draped
sickened by a saccharine ‘hello’.

Red was always out of frame and always on our hands.

Yet all discarded now—
to hang on a wall, to grow in a garden—
if “I love you” means “I’ll eat you last”
we both deserve such beautiful plates.

I really liked the painting I was given, and I like the aesthetic it conjures. I wrote my poem from the perspective of one of the women in the painting, as if it was an old photograph of the two of them and she’s reminiscing about their past; it explores female friendship through thick and thin, from ‘dancing’ to ‘screaming’ to ‘sleepless nights’, with the short third stanza perhaps hinting at something traumatic for the two of them that ought to stay unsaid. It attempts to capture the anatomy of the fierce love that exists in this kind of relationship. Use of colour throughout (I tried to focus on the colours in the painting!) to try and allude to the fact that the woman is reliving her memories visually- she’s looking at the photo/painting, and those were the colours that stood out. It’s also very loosely inspired by horror literature; maybe these women have seen some dark stuff, but it’s their friendship that’s remembered most vividly. 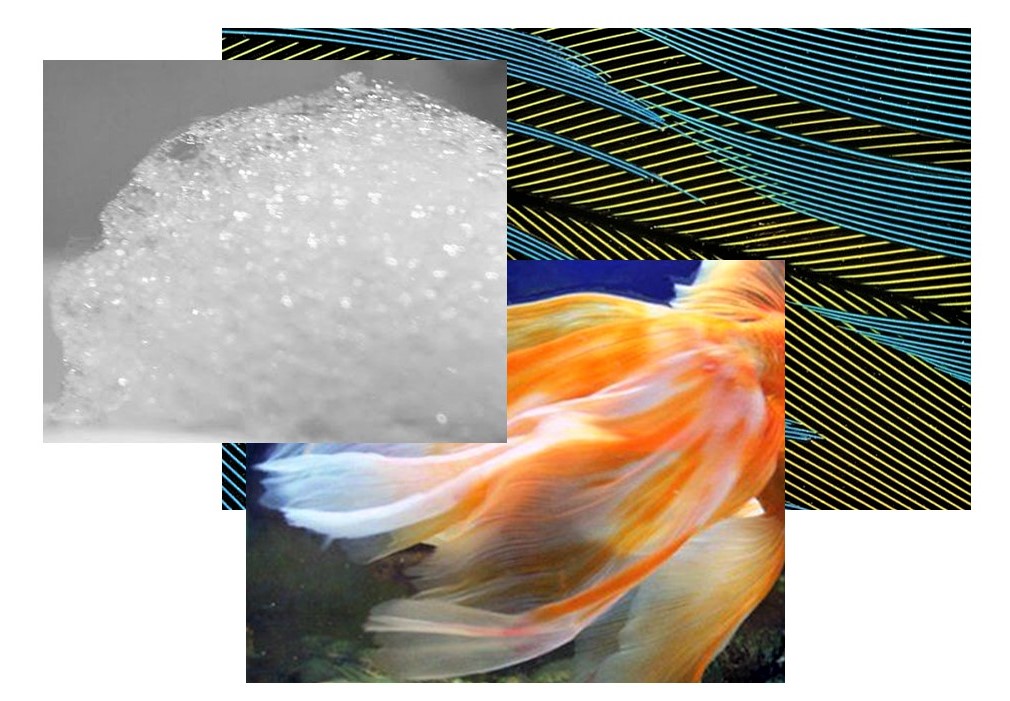 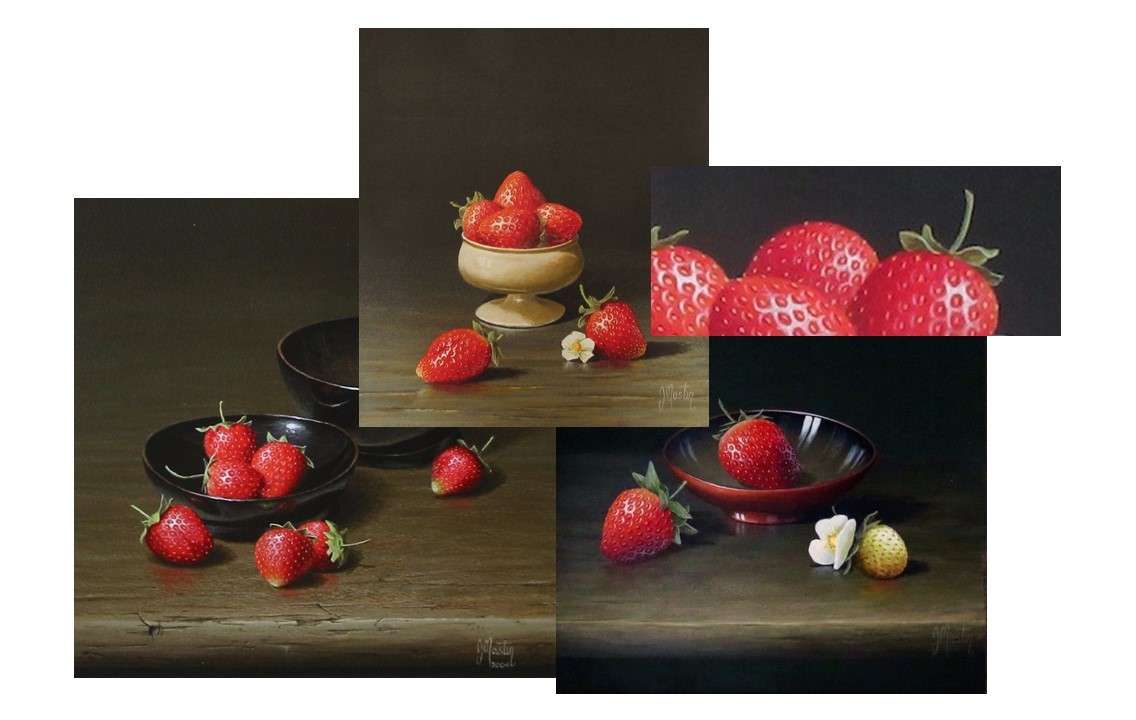 This Foul Thing, This Strawberry