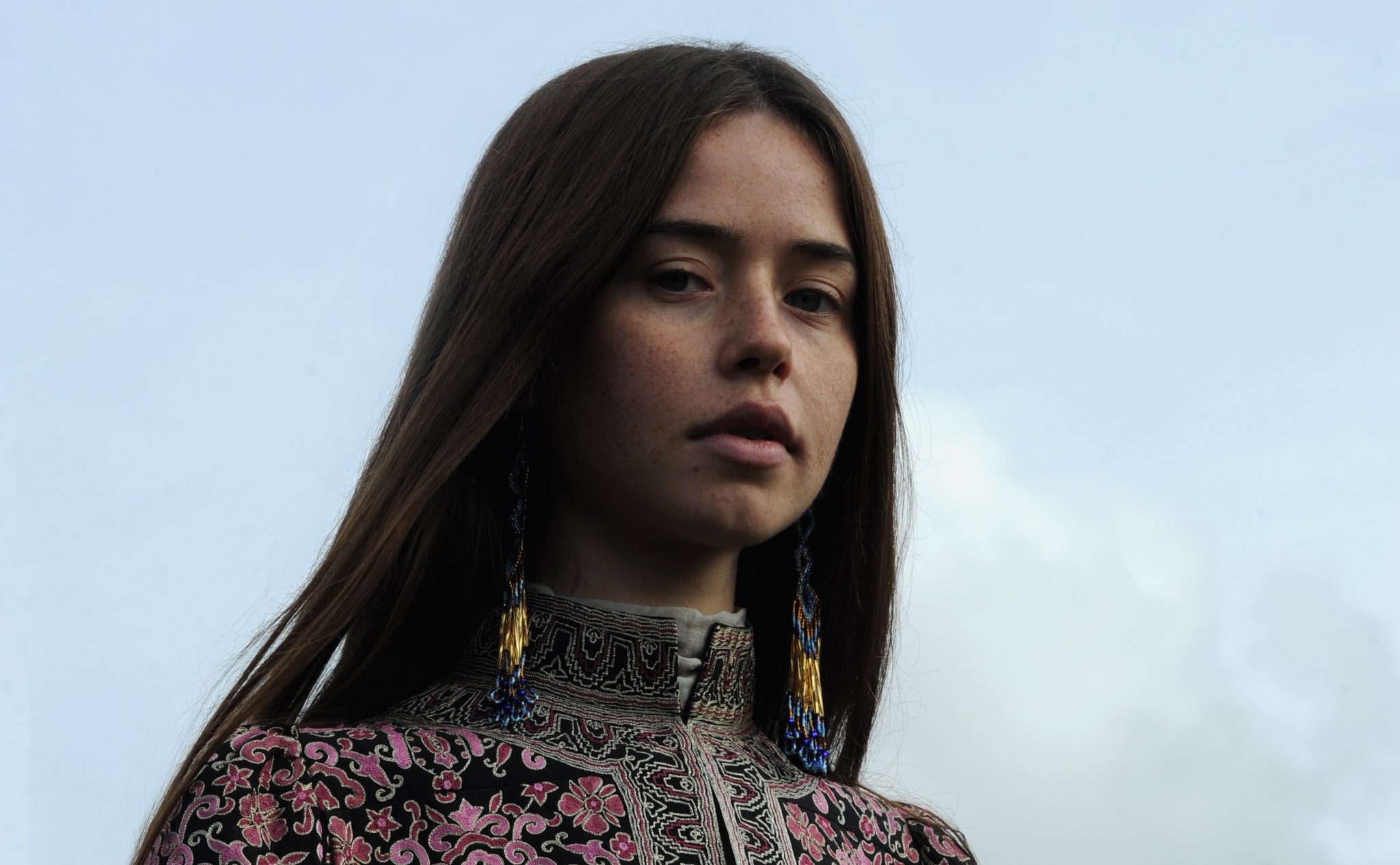 Flo’s voice was something else, almost better than when it is produced – her vocals presumably pushed the crowd into worship and everybody in the crowd seemed to be tranquilized by her beauty, in both vocals and lyrics.

Filtering from the Shoreditch high street – all the flares and beads are brought together in the first headline show by the effervescent Flo Morrissey. The tiny Courtyard filled with the family and friends heckled her in the best possible way, nervous and shy Flo took to the stage and showed exactly what she is made of, she is fit for the stage and this album launch was perfect for her. This was the first time she had headlined a show and the first time with the band, an electric guitar and a cello – Flo produces everything with classic beauty.

Opening the show Flo donned her acoustic guitar teamed with ribbons and fabrics – she is oozes good vibes and she is the epitome of tranquility. Starting with ‘Betrayal’ Flo thanked everyone for coming, stating that she was nervous when she moves her microphone (there was no need to be nervous, she pulled the show of perfectly).

Seeming more comfortable with the small crowd Flo began to sing the dreamingly fairty-tale esque ‘Sleeplessly dreaming’, the song is a combustion of everything that would be in a lullaby. Flo’s voice was something else, almost better than when it is produced – her vocals presumably pushed the crowd into worship and everybody in the crowd seemed to be tranquilized by her beauty, in both vocals and lyrics.

After a slight mishap, the first time she has had a band and played somewhere on her own, Flo packed the interval with covers of her favourite tracks. With an awkward opening to the track, Flo whimsically claimed that she “wished she wrote this song” – the forward rhythm of ‘Irish Blood English Heart’ by Morrissey crammed the space with something that wasn’t so hippy. With the crowd shouting for their love and appreciation of Morrissey, the crowd seemed the perfect concoction for Flo, friends, family and appreciating fans. Perfectly creating the immense cover, the crowd swayed and there was a genuine desire to hear Flo all night, simply stunning on all levels.

Moving into the next stage of the gig, Flo played the main tracks from her album and some of the first she had ever written – meanwhile stating that this was the first time that she had changed guitars and even though it “cringes” her out, she made sure the crowd were having a perfect time (and they sure were). ‘Pages of Gold’ the first single of Flo and the track that created her musical career ‘If You Can’t Love This All Goes Away’ (the original version including the tinkling of the piano, played by Flo herself), created a buzz amongst the crowd which was hardly like anything else I had ever witnessed. It was so comforting to hear such a beautiful voice live and a crowd that definitely wanted to support a young women’s music career, rather than the heckling of huge bands (who don’t often sound that great live).

Coming on from her encore Flo played ‘Women of Secret Gold’ echoed out through the Courtyard, without her guitar and the band Flo stood on her own – the most vulnerable she had looked through the whole of the gig. With the rises and falls of her vocals Flo showed an innocence in the music industry which has been left behind for a while, a women who can form so much more for young girls out there and a true beauty.