I’m Just Tough Next To You 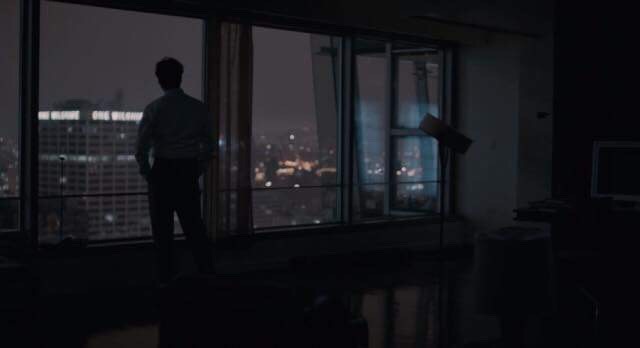 When he looks at me, he sees mountains and burial mounds. I opened a door last week and saw a woman screaming down at me. She towered in the distance. My eyes swam in waves as I tried to lock her back into my history. She was out of place, and out of time. So was I.

John’s in trouble, and I don’t know if he understands just how much trouble he’s in, or if he’d just like to forget. I met a psychic through this app who told me that there’s probably no use in trying to put things together so soon after a death. The only logical thing to do is to draw a picture in your mind’s eye of what things might look like one day. They’ll never look right, but the pictures can be so pretty. I think I lost my artistic sensibility in college.

I wander through this city, David. I can’t find her. I can’t find John. We cross paths in the kitchen sometimes. We fuck on a spaceship where the bed used to be. We’re not talking in the same tongue anymore. Were we ever? You’d tell me, if you hadn’t been so dumb and lost everything. We could’ve had a life together. I liked making you laugh, and your movies were great. I’ll never write my novel in this city.

And the lights go off and off when I’m around. Smudged my glasses on the way down the stairs as I stood in the dark in front of the glass doors and stared at the pollution in the skies and thought, shit. Just shit. And John and I once had the talk about kids. It was tenuous, and make-believe, of course. But it still happened.

You were there that day. That terrible day. Searching, not finding. Even worse.

Anyway, life makes a mediocre attempt to pick up its prosthetic leg and find something else to do. I have no prosthetic leg. The glass ceiling is shattered. They say on the news that no one has a nationality anymore. We’re finding it impossible to define ourselves by our houses, our cars, our Christmas rolexes. I heard that there used to be six songs on each side of a record album. Maria says she’s going to slit her wrists again one day if they don’t turn off those starving baby pictures on the monitors. They follow her everywhere. They follow us all – she’s nothing special.

Come see me. We have the spare room. It’s cold, and fun. We can grow something there again. Maybe it doesn’t belong to me anymore. Maybe it never did.

Do you even love me at all? Nevermind.

Stay safe on the streets. I’ll wire you money for bread.

the friend you wish I were