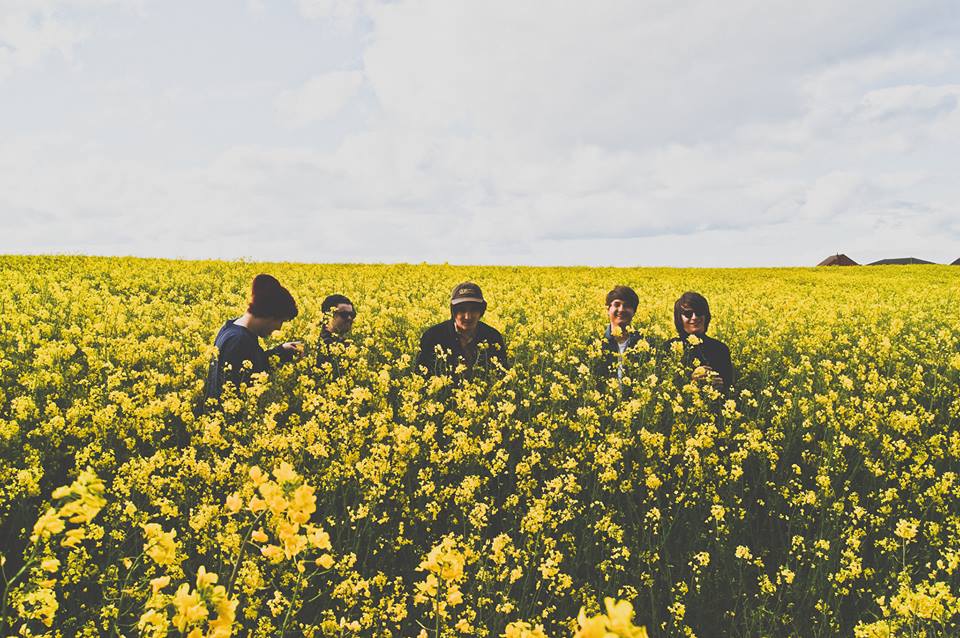 I first met plaza in a magical shed filled with good vibes, a smoke machine, fairy lights and many funky people where they played and also sold me their ‘fire mixtape’. Now almost a year later they have released their debut ep PLAZA which includes 6 of their own original tracks (available here https://wernotplaza.bandcamp.com/album/plaza). We talked to Bradley, frontman and vocalist of the band about the future of Plaza, dreams, influences, favourite artists and more…

What would you say are the pros and cons of being in a band?

Yeah there is obviously a lot of ups and downs of being in a band, I think the thing we enjoy the most is just travelling around seeing some great places, meeting new people and just showing them our art, in my opinion there isn’t anything much better than going new places and showing complete strangers your music, and then if they appreciate and enjoy your music, it is a bonus. Downside, there isn’t really much to be honest, obviously you get the whole grafting and constant practising and going over the same song multiple times to ensure everything is perfect which can be quiet stressful, sometimes, but to be honest, I wouldn’t even class that as a downside because its all fun and games isn’t it?

How’d you find working together?

Love working together, what is better than just chilling and creating musical fusion with five best friends? It’s great, everything just seems to fall into place whether we work on a song or idea for a day or a few months.. We all share the same acquired music taste, obviously branches off into separate genres or whatever but its a great thing, one of us may interpret something in a complete different way, which creates another path to travel down.

What do you consider to be your best success so far?

I’m not really sure about that, we have played some pretty cool shows and met loads of people, made new friends and released a 6 track mixtape, which is pretty good and interesting from our perspective. I think pretty much just playing around performing our own representation of art to people is a good success, considering when we first got together having a mess around in Matthew’s summerhouse, we didn’t even think we would be at the stage we are now, which is pretty cool.

Complete cliché answer haha, everyone who performs music wants to take it up and do it as a career, otherwise why would you even bother in the first place? I think we all want the same outcome, but just as I said, its great travelling and talking to new faces and appreciating the people that like your band, that’s what we want.

Who would you say are your biggest influences?

If you had to pick a favourite artist, who would it be and why?

I need to pick two here.. I think id have to say Joy Division. I love Ian Curtis and everything he’s done. Nick Allbrook, ex tame impala bassist and singer of Pond, Crazy good, I went to see Pond live in Manchester and it was the best gig I’ve been too, his songs and musical interpretation is unreal, then his stage presence is just crazy, which is what I love.

Who is your favourite up and coming artist?

Oh man, such a hard question, there is so many unreal up and coming artists, it’s scary how many bands/singer songwriters there is.. Blaenavon are my favourite though, trio from Hampshire, all my age, I found them around 2 years ago and I’ve needed to see them for so long, they were going on tour with only real in April but then the tour got pulled which i was gutted about.

What is your favourite song and why?

I can’t answer this question, there’s way to many: Joy Division: Disorder, The Smiths: Ask, Pond: Midnight Mass, Eric Prydz: Call on Me, Morrissey: Lucky Lisp, Foals: Red Sox… Nah I can’t answer this properly there is WAY too many..

Who are some artists you wish you could hear live now?

Joy Division Hendrix The Smiths Queen Nirvana What would be your ultimate festival line-up be? Everyone from the previous question. I’d pay a lot of money.. I’d gamble my moms mortgage for it tbh.

Where would be your favourite venue to play?

Probably some sweaty underground DIY in the middle of Thailand, were everyone is crazily insane and doesn’t know the meaning of life anymore.

Yeah, we’ve got a few new tracks demoed on my mac, we’re going to record a single at the back end of this year, which I’m really pleased with.. Also MAYBE have a little surprise for everyone around OCTOBER or NOVEMBER, but I’m not allowed to tell.

What do you hope to achieve in a years time?

Pretty much just building a bigger fan base around and about, travel a bit more, see more new people and hopefully sickened myself of Tame Impala//Currents.

And finally, Who are some of your favourite local artists?