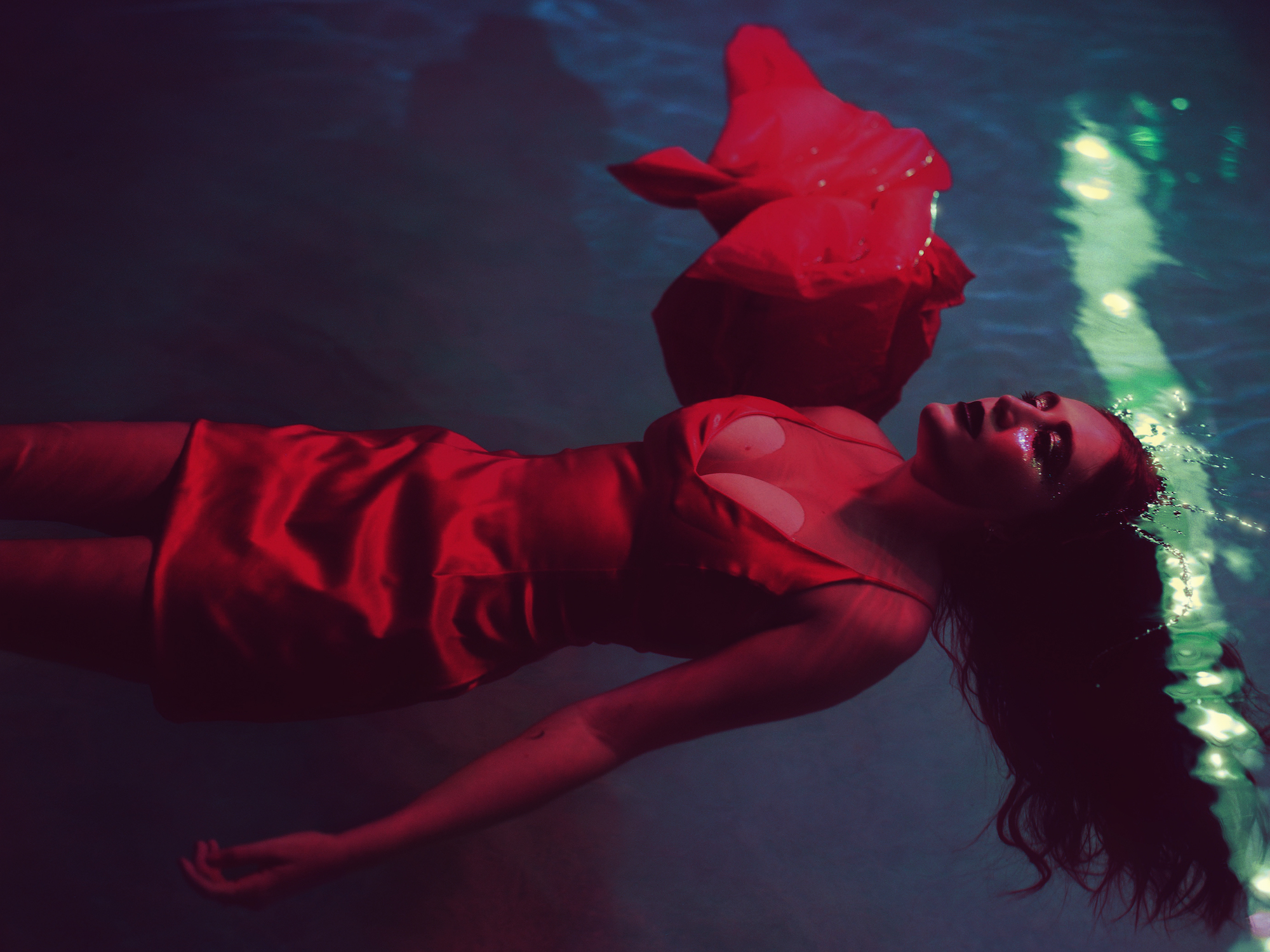 Proving why we needed her back, Lauren Aquilina comes out of retirement with power from vulnerability on Ghost World

I want to start by saying I don’t think I’ve ever felt this inclined to write a review. As well as Lauren Aquilina being an artist that’s worthy of being musically appreciated worldwide, her story is a worthy one to be written about and told. If you were on YouTube in 2011/2012, you will have heard Lauren’s voice. She was the girl with the piano crooning all the best loved indie songs from Bon Iver to The 1975. She climbed up and up, provided the music for TV adverts, released EPs of ballads that shot up iTunes charts and immediately became the soundtrack to YouTube ship videos, she released her long anticipated debut album in 2016, and then retired the same day.

Four years on she’s returned to performing with Ghost World, her even more anticipated 2nd album after years of songwriting for huge names and sporadically releasing tracks. During her hiatus, Lauren racked up a heavy list of songwriting credits, cutting her teeth creating flawless pop for international artists. This is a big reason why I like so many others looked forward to this album so much. With a flourishing career as a songwriter, you’d assume she kept all her best tracks for herself, that this record would be a best of Lauren Aquilina, packed with pop gems that were simply too good for her client list.

I press play and an acoustic guitar rings to life;

The immediate brutally morbid honesty almost makes me feel guilty for putting so much pressure on the record. Sitting down to listen to the album for this review I was ready to press play on something high energy like she was creating for others, expecting the world from this 25-year-old girl and pushing my image of a perfect pop album onto her. I catch myself exhaling as the chorus kicks in, but it’s not of disappointment, not at all.

Within a song, Lauren grabs hold of her album, packing its opener full of her darkest thoughts and singing them like the credit song to your favourite nostalgic 90s/00s film, a perfect call back to the album’s title. It feels like a track Elle Woods would walk out of court to, a breakfast club fist would punch the air as Lauren hits her crescendo. I got what I wanted, pop perfection, but with something more sincere that I can find myself in.

It becomes quickly clear why the songs on Ghost World remained Lauren’s, and it’s simply because they’re hers. The specificity of the imagery in Fuckedupminddd paired with the flawless formula and composition reminds me why so many mourned her retirement, just as my expectations remind me just why she did it. 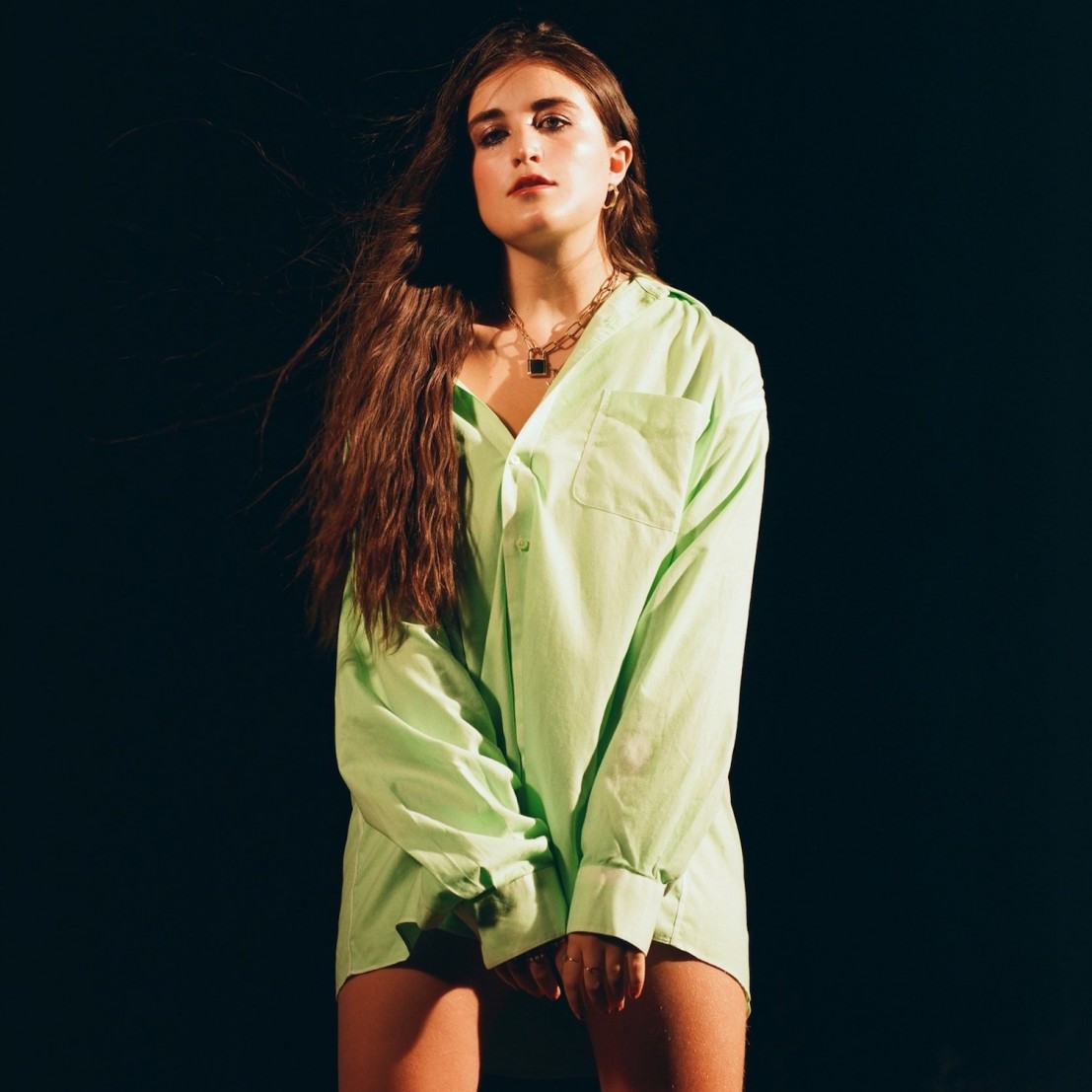 Alongside announcing the release of her debut, 21-year old Lauren closed the curtains on her career, stating she hadn’t enjoyed making music for a while and so wouldn’t be performing again. It was bittersweet because her debut was glorious, but in hindsight it sounds like the songs she thought she should be making. Having since been really vocal about the need for more support and protection for young women in the music industry, her heartbreak song heavy gentle debut sounds like the music every wanted a young girl at a piano to release; easy, submissive and expected.

In two lines of her opening track, you know Ghost World won’t be like that. 4 years on, this album sounds like all the confidence gained and progress made. But that’s not to say its 7-tracks of self-assurance, though that would’ve been easy. After a hiatus driven by pain and fear, it would’ve been easy for Lauren to return with a heavy wall up and give us 7 pop bangers with no weak point to get to her. But instead she takes the more powerful route, with intense vulnerability and a total rejection of the mould anyone wants her to fill, as an artist or a woman.

Songs like Fuckedupmind and Psycho reclaim the crazy ex-girlfriend trope without becoming heavy or preachy, while other tracks like Swap Places and Teenage Self deal with self-esteem, or female friendship on Best Friend. From start to finish, Lauren returns with a voice that’s intensely female in the best way, being honest and nurturing and reflective of what it’s really like to live, grow, love and recover as a young woman.

No song shows this better than Teenage Self. Acting as a kind of interlude, Teenage Self feels like a journal entry vocalised, art made from a therapeutic act. With a soft and clean vocal performance, Lauren strips it back to simple sentiments as her current self nurtures her past. Reflecting on her retirement and return, I could almost shed a tear here. It’s crystal clear why these songs are on this album and Lauren said it herself in her release day Instagram caption, ‘i’ve been reminding myself that being an artist is ~who i am~ and even though i needed a break, i’d have been denying a huge part of myself if i never did it again.’ You can tell that Teenage Self is a song written out of a need, a compulsive calling to vocalise a feeling, and being able to do that so purely and perfectly is exactly why we needed her to come back. 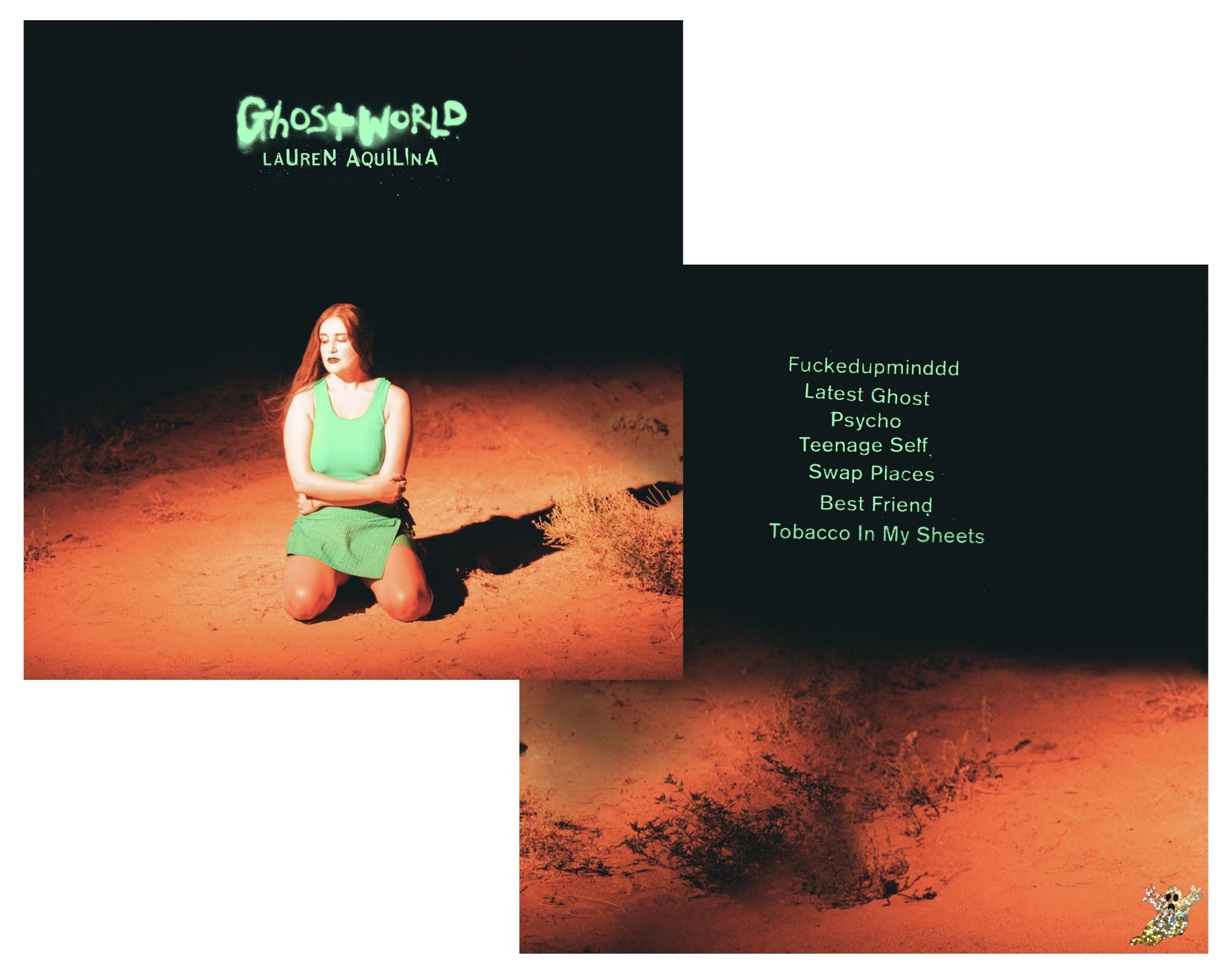 It’s a common thread throughout the album, with each song feeling very personal but also universal in its relatability. I think this is where Lauren Aquilina’s power lies and I’m glad to see her back now she’s found it again, returning with a record of articulate vulnerability set to catchy pop beats and production that’s big but never overdone. You can feel old Lauren right there in her tender lyricism, but four years of experience gives the release a shiny finish and a character that feels like a piece of us all, someone scared but determined to stand through it all. Now propped up with the four years of reflection, and supported her a new network for young women, Girl & Repertoire, which she launched to make sure no one feels the way she did, Ghost World’s vulnerability has an undercurrent of strength and confidence in even its saddest lyrics.

Coming into the record I wanted pop perfection, and I found it, just in a different shape. Ghost World proves that pop doesn’t have to be all love and breakups and dance tracks, and Lauren Aquilina is here to bring honesty and relatability to the scene, finally ready to say what she needs to.